Dungeons and Dragons Simulation with Shiny 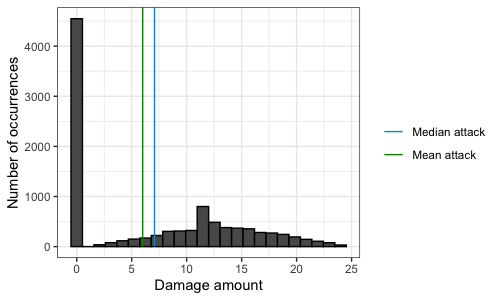 Example distribution of damage in a simulated 5e encounter.

During grad school I was playing in a Pathfinder game with some friends and found myself wondering whether a new item my character had received was something I should use or sell. The new sword’s stats were similar enough to the one my character was currently using that it wasn’t clear to me which one was better. I was still fairly new to R at the time, so I used this as an opportunity to test out for loops, if statements, and functions in more depth.

I ended up writing a script that accepted inputs that a typical Pathfinder or Dungeons and Dragons (D&D) player would be actively using: Statistics about their character, the opposing character (or monster!), the number of dice they roll when they attack, and so on.

In the short term I found out that the new weapon was better, but this example has served as an ongoing learning experience for me outside of gameplay. I eventually updated the script when I started playing with the new rules of Dungeons and Dragons 5th edition (5e), and then again when I wanted to dig into building Shiny apps with R.

I now have two versions of this as a Shiny app on shinyapps.io:

Both versions of the app provide a couple of pieces of output for the inquisitive D&D player:

These outputs were helpful as a Pathfinder/D&D player, and as I reviewed them I ended up learning more than that my character’s new sword was an improvement. For example, what I had not realized while throwing dice down on the table was just how frequently a character misses. Using the current base settings for the D&D 5e barbarian simulation shows that a character should expect to miss ~30% of the time they take a swing. This might be dismaying, but also could be a bit of a confidence boost for anyone who feels like they have bad luck a lot.

You can find the scripts for this app on GitHub here. 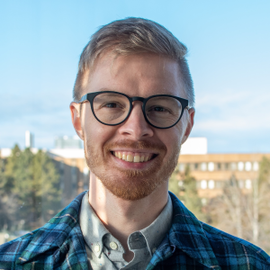